"Carrots are divine, you get a dozen a dime.  It's maaaa-gic!" - Bugs Bunny 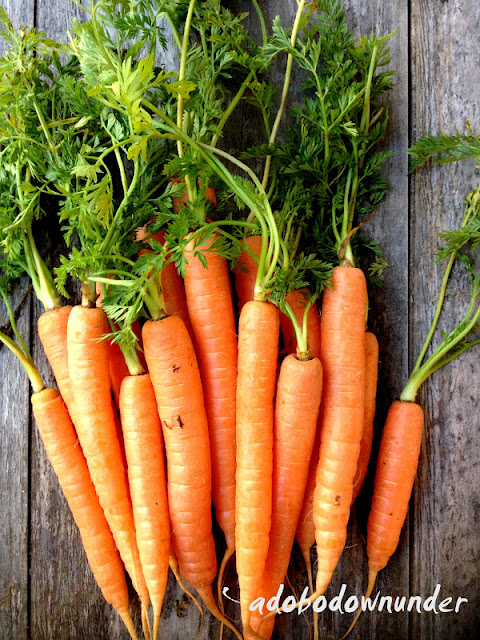 There's some wise words there.  From one of the most influential characters in the animated world.  I reckon its because of Bugs Bunny that carrots are usually the first vegetable the children learn to love.  But seriously, what's not to love about the humble carrot.  They are the most versatile vegetable in the world!  In the universe, even.  You can roast them, add them to braised and stews and casseroles, boil them, mash them, fry them, grill them.  And they're not just confined to savoury dishes, they're also great in cakes!  So what's not to love!  They come in lots of lovely shapes/size and colours too!  Have you even seen a purple carrot? They're the next super food says The Age.

Daucus carota sativus nicknamed carrots as everyone already knows, has beta-carotene (Vitamin A) which helps maintain good eye sight.  They're also rich  in fiber, antioxidants and minerals.  There's an urban  legend  which originated among British gunners from the Royal British Airfoce during World War II that says "eating carrots can allow one to see in the dark."   Fact or fiction?  Who knows?! But let's not go there. 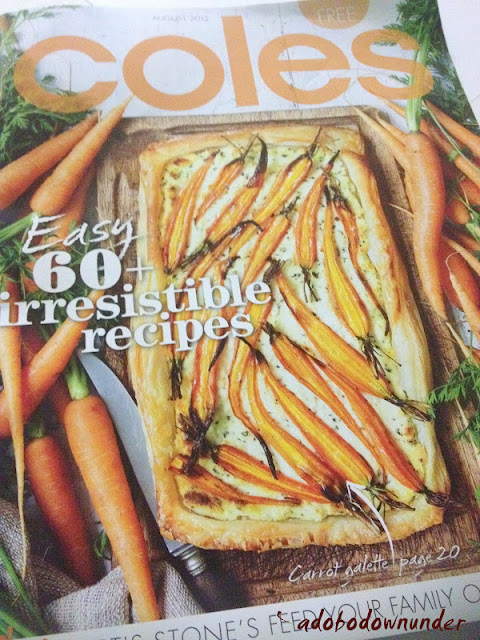 Here's a carrot recipe adapted from a local supermarket's magazine -  Coles.  It's super easy to make using store-bought puff pastry I used the local brand Careme which is absolutely positively the best!).  You can also use any kind of cheese you fancy and any of your favourite herbs.  I've halved the ricotta called for in the original recipe and used bocconcini  and used dried oregano instead of fresh ones.  Served alongside your main or as a starter.  They're gorgeous and packed full of healthy stuff.  The humble and versatile carrot is the feature for Week 8 of the Power Foods blog hop organised by Mireya of My Healthy Eating Habits. 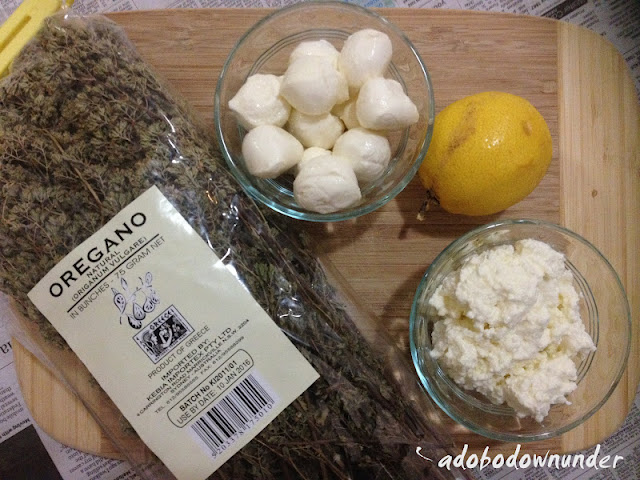 a bunch of Dutch carrots

salt and pepper to season

Wash and scrub carrots and trim the top leaves.  Cut into half lengthwise.  Arrange on a single layer on a tray and spray lightly with oil.  Roast for 10-15 minutes until just tender. Set aside once done.

On your kitchen bench, roll out the pastry.  Crimp the edges and using a butter knife, light score a line on the edges to create a border.

Using a fork, prick the area inside to create air pockets. 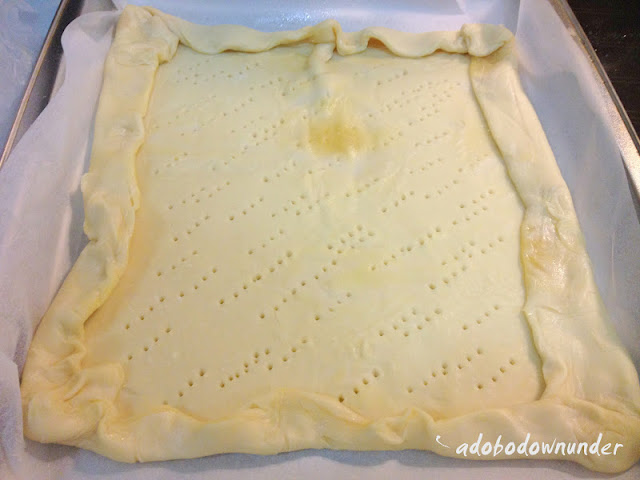 Combine the cheese, zest (and half the fresh oregano if using fresh) in a bowl and season with salt and pepper.

Bake in the oven and cook for 20-25 minutes or until pastry is crisp and golden brown. 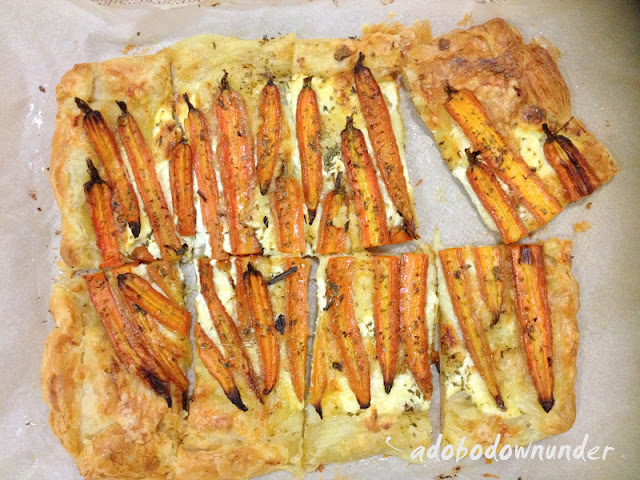 This post is part of a Power Foods blog group.  Check out Mireya of My Health Eating Habits and the other Power Food posts from Alyce from More Time at the Table, Ansh from Spice Roots,  Casey from Bookcase Foodie, Jeanette from Jeanette's Healthy Living, Jill from Saucy Cooks, Martha from Simple Nourished Living and Sarah from Everything in the Kitchen Sink.

If you are a blogger and would like to take part in this blogging group about Power Foods: 150 Recipes with the 38 Healthiest Ingredients from the editors of at Martha Stewart's Living Magazine, please get in touch with Mireya at mireya@myhealthyeatinghabits.com for details. 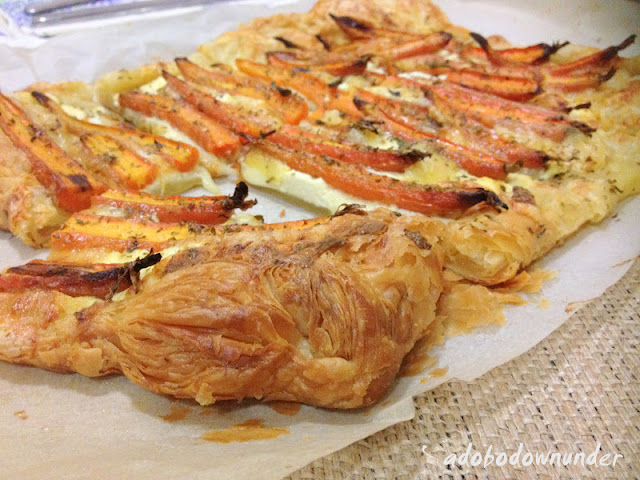