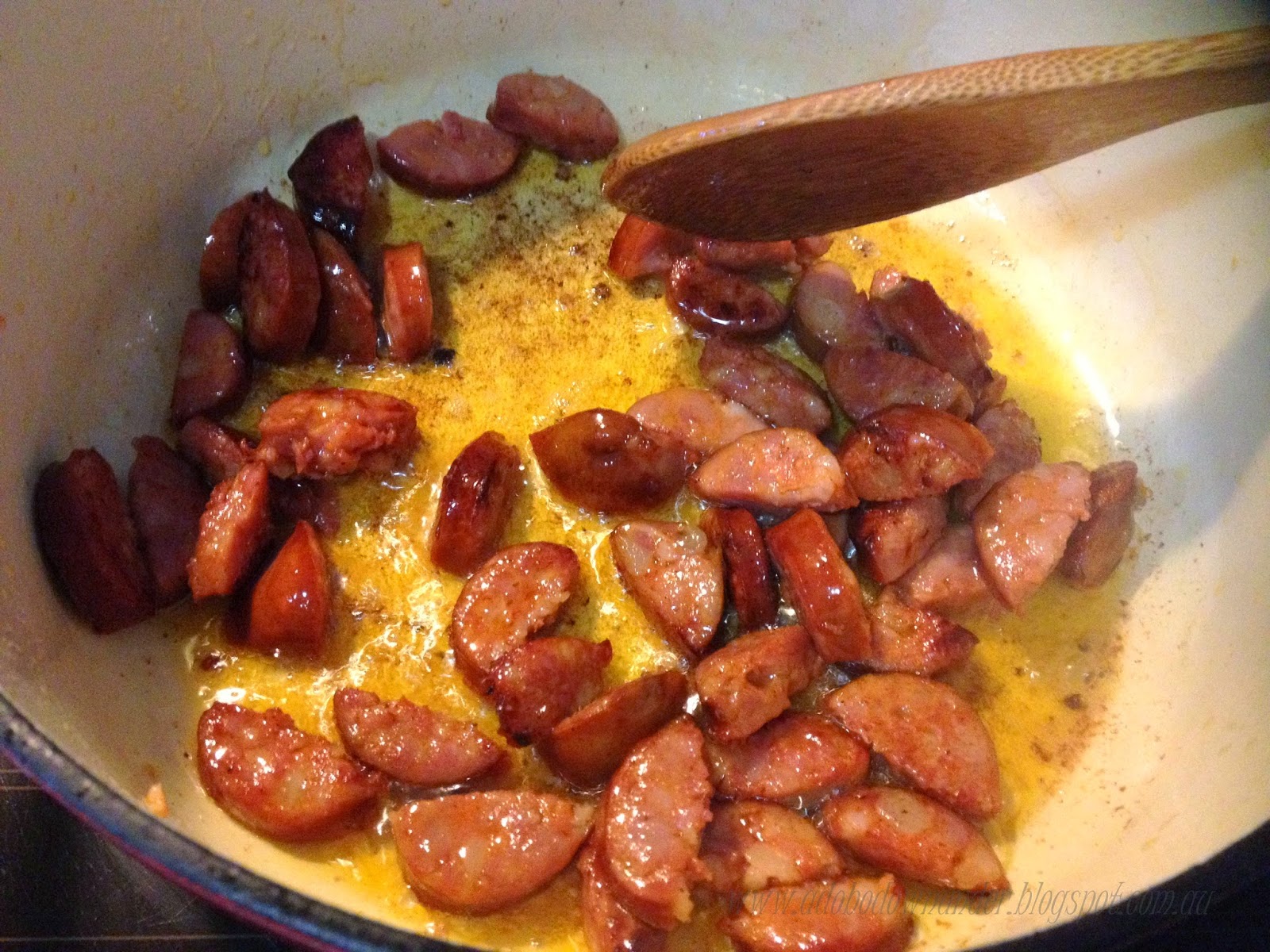 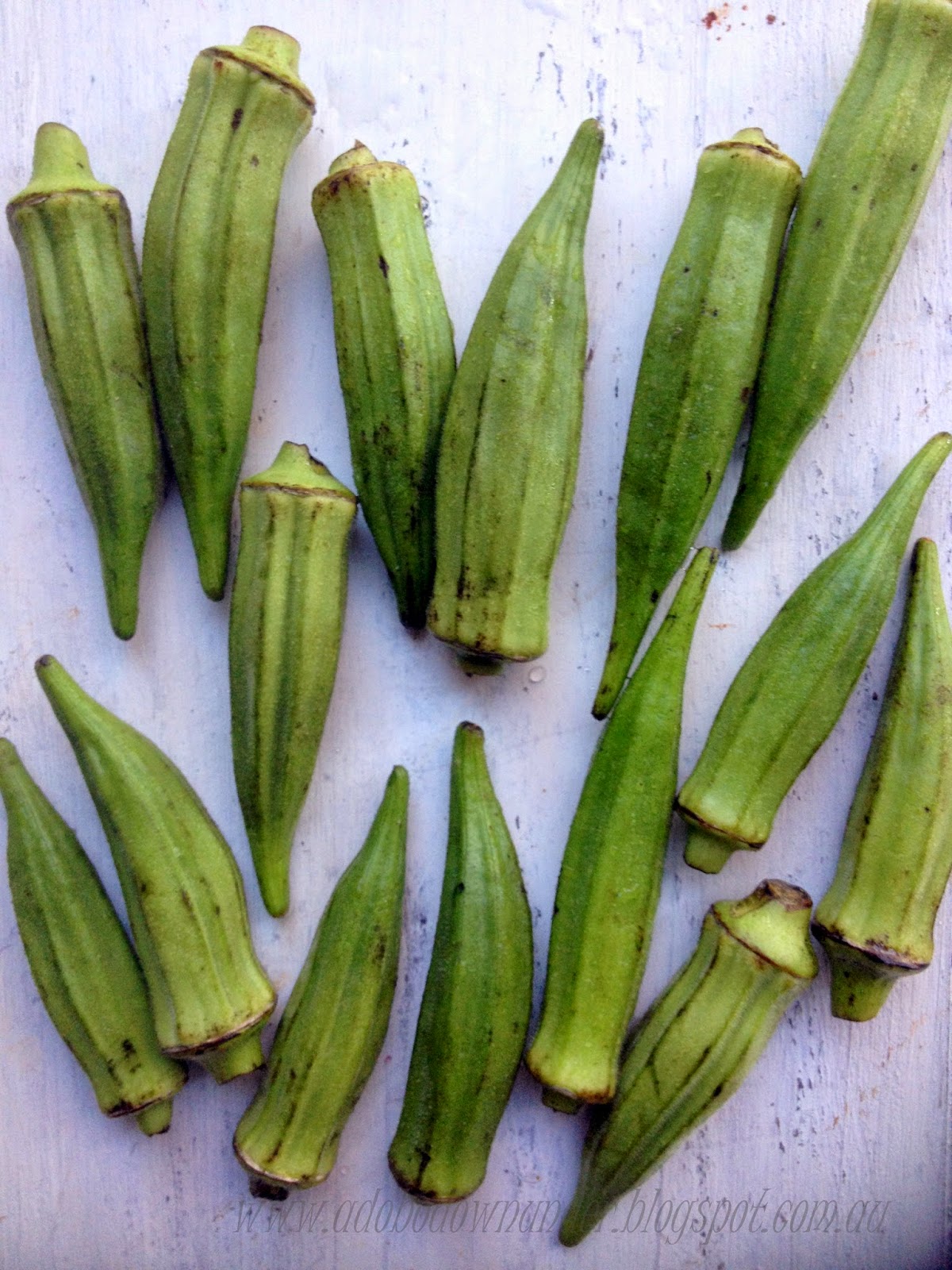 Is there a dish or food that you've never ever eaten or tried because of some personal reasons?  Like it's wierd or disgusting?  Maybe you've seen balut? - the duck embryo that is a usual street food in the Philippines and  some parts of Asia?   How about frog legs which is a delicacy in Cantonese cuisine?  And lamb brains?  Ok, so as foodies, are we all supposed to be open to eating and trying anything and everything that is served us or is on offer when we travel ala Anthony Bourdain who has shown us in his TV series No Reservations where he tries fermented shark in Iceland (S1, Ep2), some nasty bits of sheep (S2-Ep1), and how we proclaimed the famou Cebu lechon in the Philippines (roast suckling pig) as the "best pig ever" (S5-Ep7).

There are few that I don't eat because they are slimy (okra) and bitter (ampalaya or bitter gourd).  Hubby on the other hand, loves these two.  I usually buy them when available and then cook it, for him.  With okra, it is simply boiled then served as a side with some shrimp paste or fish sauce.  He loves them, and most any Filo I know as well.  Until recently, when I found a simple recipe on Food52 and thought why not expand his okra horizon. And also, start a long needed relationship with okra.

And OMG!  Slimy!  But OMG!  Yum! So I'm hooked.  I love them, slime and all.  The soft texture when cooked complimented by the smoky chorizo and the fresh prawns was magical to the senses.  At first mouthful, I forgot all about the okra's fault (it's sliminess) and just fell in love.  I can't believe what I've been missing all those years!  So now, okra is my lobster (now that's not from Mr. Bourdain but from Phoebe Buffay from Friends S2, Ep14).


And oh, I forgot to mention no offense to anyone, but Vegemite is another one of those I least like.  One of those things we need to work on, learning to be Australian. 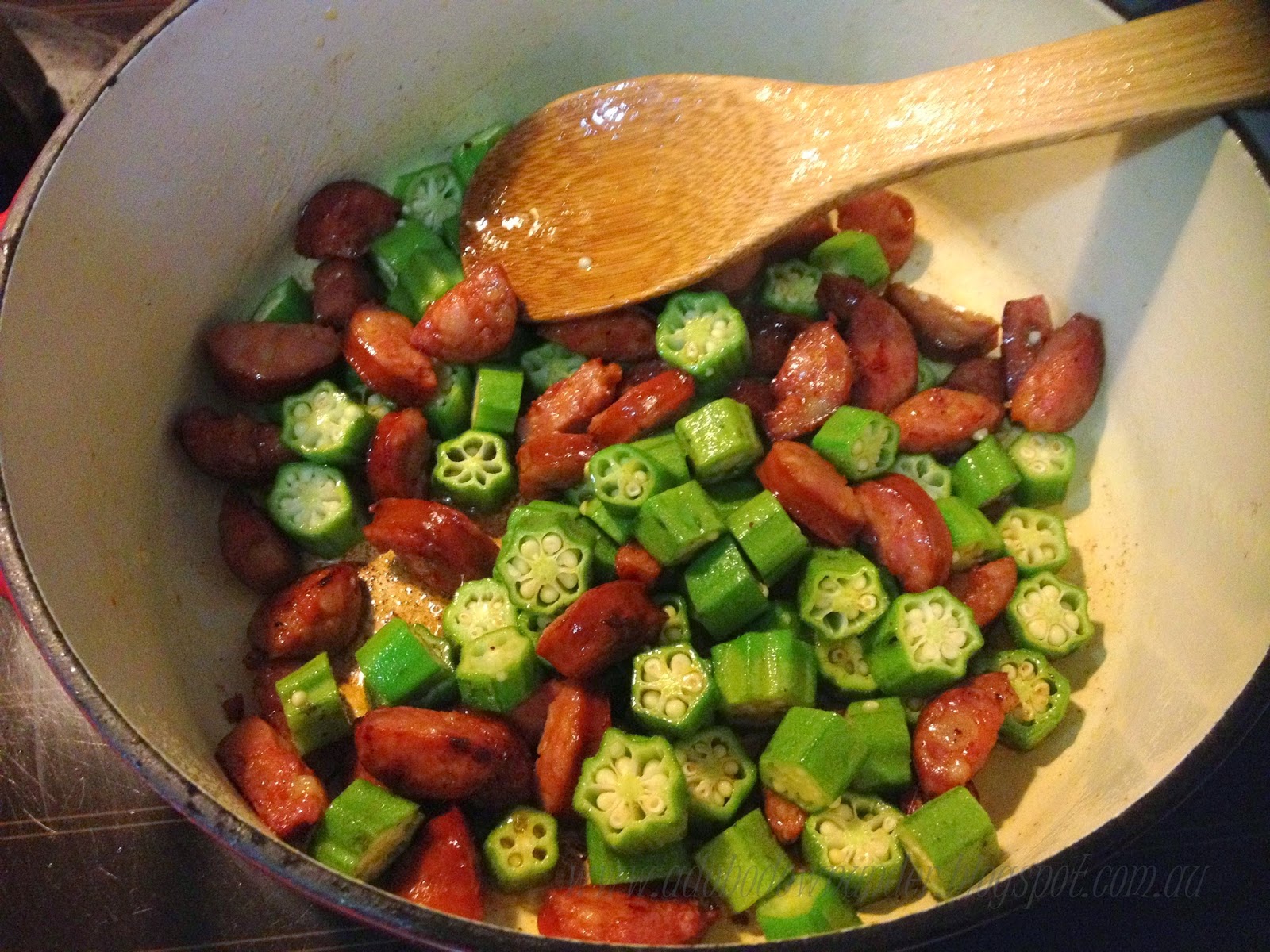 Inspired by the recipe from Food52, here's my simple version of 5 basic ingredients:

In a heavy based skillet, heat some olive oil covering the base

Add the chorizo and stir to cook, rendering the fat.

Add the sliced okra, season with salt and pepper and stir to cook the okra until soft and the strings from the okra begin to be visible.

Add the garlic, tomatoes and prawns and continue to cook on medium heat.

Turn off heat and add the chilli flakes if using.

* You can add thyme while cooking for extra lemony taste.

* I have used lemon rind and added it in the last minute of cooking.

* The recipe is a take off from the classic gumbo from southern Louisiana but will less ingredients to suit our preference. 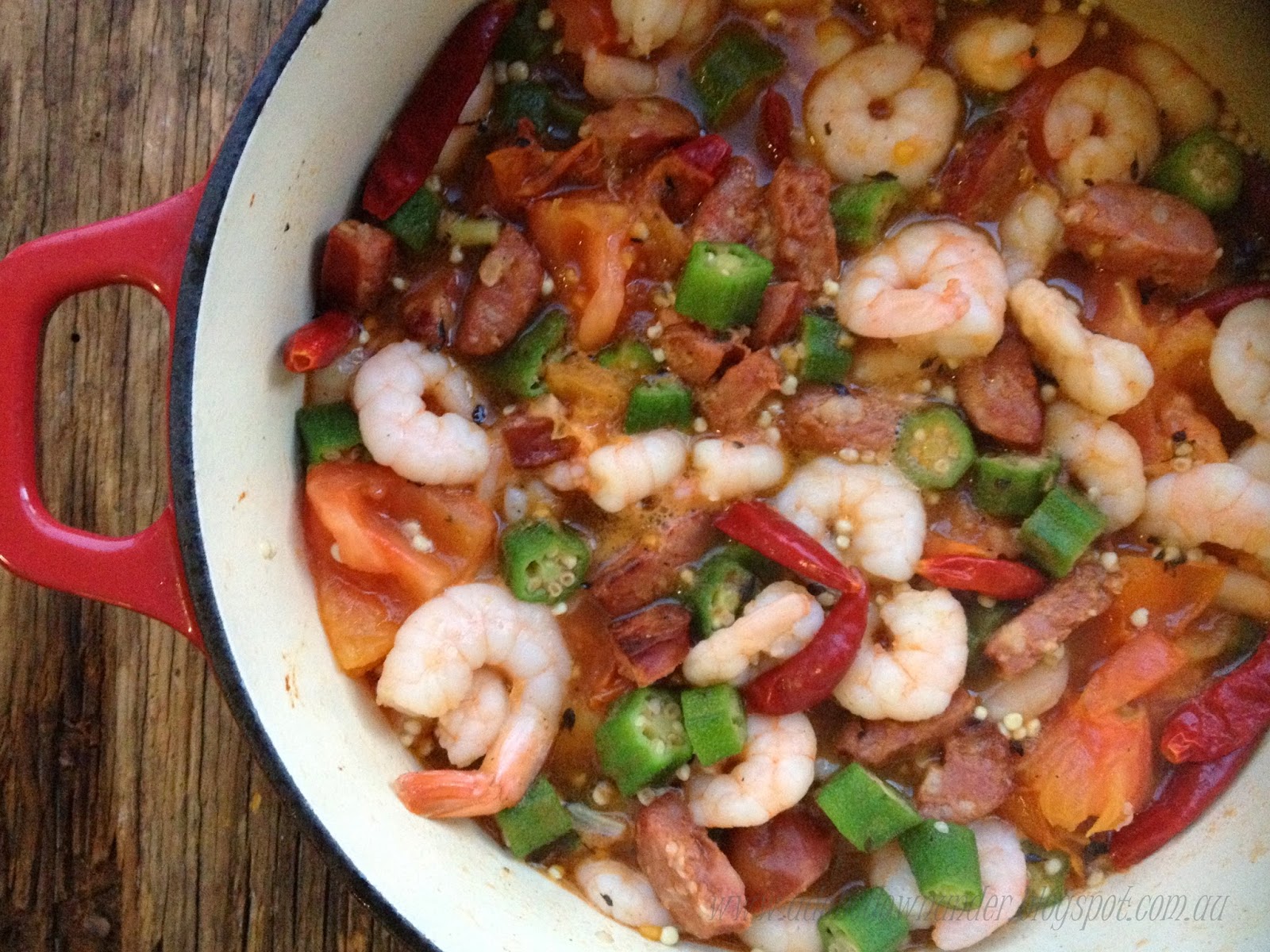