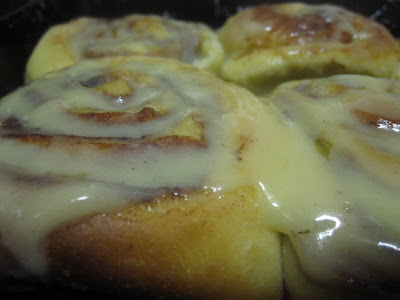 The smell of bread baking in the oven always perks me up. It also turns up my appetite. Doesn’t have to be in my own home. Could be from the neighbour’s, the local bakeshop as I drive through, the bakeshop in the supermarket as I do my grocery shopping. The truth is, the smell of bread baking transports me into pure bliss – outside an Artisan bread shop in Tuscany, or at the Les Deux Magots at Boulevard Saint Germain in Paris sipping coffee and admiring Ernest Hemingway from across the table, or simply infront of the the local panaderia in Cubao Quezon City awaiting for my brown bag filled with P10 worth of pandesal! What can I say? I love my bread and dream of a Tuscany and Paris trip too! And in the past 3 years since I started myadobo, I have made attempts to make pandesal at home, like this post here. And have not been successful. At least not yet.

Recently, I’ve put myself to the challenge of cupcakes. I’m on a cupcake mission, but yet to plan my strategy. And while enroute to cupcake heaven, cinnamon rolls came to mind. I first found Market Manila's recipe here but find it too tasking. I found another recipe online here called Harvest Cinnamon Rolls which showed step-step instructions, tips and even shows photos. And since there aren’t many cinnamon rolls bought around Sydney (there is a favourite of mine from Manila which is the US franchised Cinnabon) I thought this will be an excellent challenge as I will only be basing my comparison to a commercial brand stamped as one of the best. Although my critics’ palates are not yet up to the sweetness and aroma of anything cinnamon, Lolo and Lola are always up to the taste-test challenge. And so these first attempts at cinnamon roll will be making their way to Greenwich Road for afternoon tea.

My first attempt which I’ve started working on last night, I must say, is somewhat successful. They looked almost exactly the same as the photos from the site, but not quite.

Although I have somewhat burned the first batch this morning, I must say it’s all looking good. I still have the other 9 rolls in the fridge waiting to be baked. With all this eagerness and enthusiasm bursting out of me like a microwave popcorn, there will be second batch of, hopefully 15 rolls by tomorrow’s breakfast. Not that the girls like this for breakfast. But they’re definitely keen to do some kneading. It should be an excellent treat to their teacher for a great Term 1 and for Easter as well. 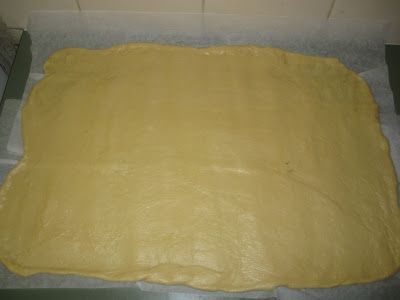 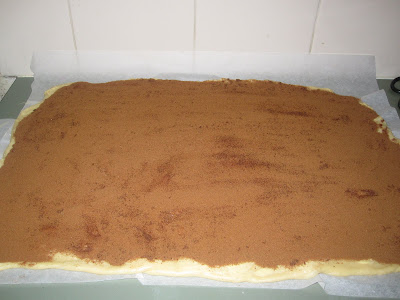 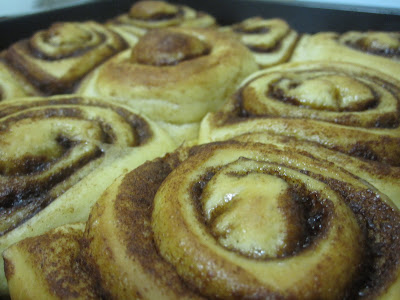