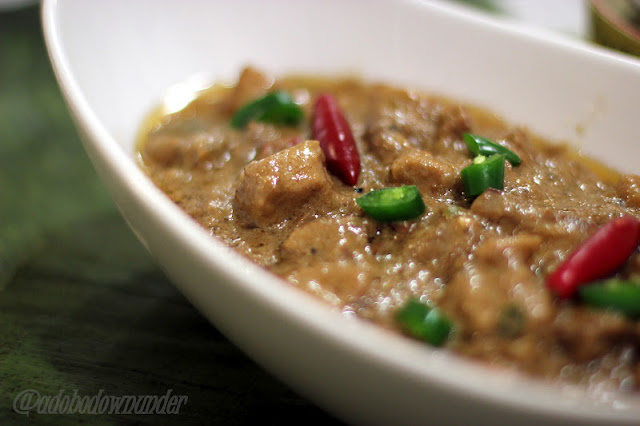 So our laptop died a couple of week backs.  The blue screen of death emerged from what used to be a seemingly quiet and cooperative non-living thing.  No signs of slowing down from previous weeks, no puff puff puffing about, no sputtering smoke like an old car would.  Nothing. And then the blue screen.  A non living thing was infact a living being – full of all our old photos and videos and all of my food photos.  The ones I’ve been putting off to blog about.  There were about 300 photos, meant for 6 blog posts and recipes.  We had about three quarters of the family photos saved in an external drive. The rest... well.  They went with the blue screen.  Oh well.  Surprisingly  we all accepted the demise with composure and understanding.  No cursing you didn’t do this, or blaming why didn’t I blah blah blah... blah blah blah.  Well maybe in my head and hubby’s but no loud gnarling expletives in mid air.  I think its a sign that we’ve matured.  Whatever.


There's a good thing here.  There's something to be learned from this.  And I always say this to myself.  The good news is the laptop has been ressurected with a new hard drive at a fraction of the cost.  And I found some of those pictures (not all of it) still in the camera memory card.  Minus a few items.  So all is not lost.  No dramas.

And this dish was one of those saved.  A few of them photos at least.  These are a fave of mine and hubby.  Its spicy and has that punch.   A Filipino classic with origins from the southern part of Luzon which is the Bicol region where the majestic and enchanting Mayon Volcano resides. Bicol Express, the name of dish was originally coined by a local cook from a Malate Manila restaurant, after the train that runs from Manila to the Bicol - the region famous for its spicy cuisine. Like any recipe or dish, the variations are aplenty.  The base of this dish is the coconut milk and the addition of shrimp paste - something that takes a bit of getting used to, for the unfamiliar palate.  But like traditional Thai and Malaysian dishes, shrimp paste can be the X-factor that could make or break the dish.  Personally, I think this must be the next best pork dish to adobo from Filipino classic dishes.

In a large pan or skillet, heat about 2 tablespoons vegetable oil and stir the onion, garlic and ginger until fragrant. Do not burn.

Add the shrimp paste and stir to release oils. (this can get really smelly if you're not used to shrimp paste - it has a fishy smell)

Add the pork belly and stir to coat the meat.

Pour the coconut milk and bring to a boil.  Then turn down heat to simmer and let the meat cook and the sauce reduced.

You can chop half the chillies and add them when almost done into the dish.  And leave the rest to top the Bicol Express when serving.

This is best eaten with steaming hot rice.


Hang on a minute. I just realised the Filipinos also have the lechon (roast spit pig) in our pork line up. Well, maybe this can be third. 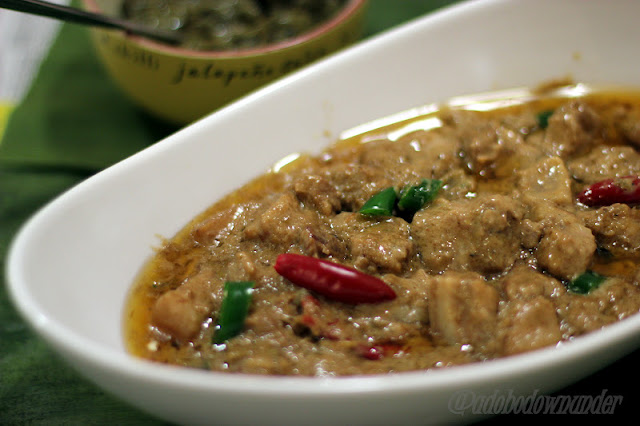