Still part of the month long food event, straight from breakfast on the bridge we were to hyper to stop and rest.  We went straight to Fairfield a good hour and half's drive from northern suburbs to take on more food, this time a Filipino feast!  So much colour!  So much flavour!  So much food!
Posted by annabanana at 11:26:00 pm No comments:

Breakfast on the Bridge 2010 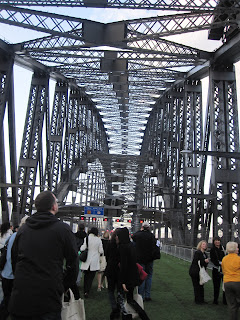 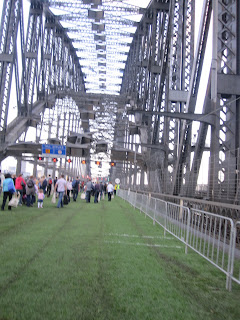 We were lucky to have won tickets to the annual Breakfast of the Bridge 2010 - 10th of October 2010!   This is still a part of the Sydney International Food Festival 2010.  Invitation to this event is by raffle (you need to register online) and only 6,000 are able to attend.  So it's kind of special that we got invited this year.  I also registered last year but didn't get in.
Breakfast on the Bridge starts from 7-9am.  The bridge was packed full of people, all smiles early in the morning. The aroma of coffee wafting in the air from the many coffee kiosks.  People buzzing about.  Performers going around dancing and entertaining people as they walk pass and to their allocated numbered space.  There was also a program going on at the other end of the bridge (The Rocks side) where a sponsored advertisement for the bid to host the 2022 World Cup.
The least good thing is that per ticket only takes in a maximum of 5 people, which meant Dad was left out.  As this is breakfast, we started early leaving home before 630am to be at Milson's Point for the start off.  Mum was too excited that she's forgotten how little appetites you guys have and packed a full on breakfast - bacon and egg muffin, fruits, drinks, etc. etc.  You can tell my excitement how early mum was up.  Imagine whipping up bacon and eggs muffins before 630am! 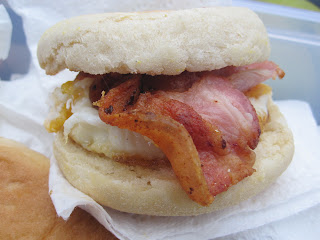 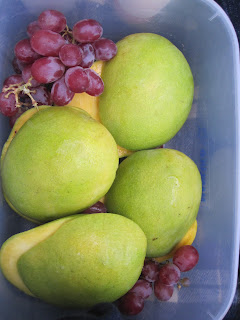 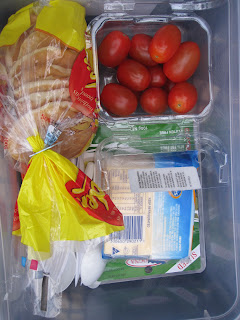 Although it rained heavily for a few minutes, it did not in the very least dampen the spirits of everyone.  The organisers came prepared.  Everyone was equippped with a disposable poncho!  It was a great experience.  Early breakfast on one of Sydney's icon - the Sydney Harbour Bridge.  With 360 degrees of spectacular harbour views!  A fantastic way to have a good breakfast!  I hope you guys enjoyed it despite the long walk back to the other side! 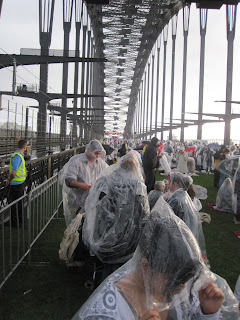 The Chocolate Spectacular Workshop at the Shangri La Hotel Sydney is part of Crave Sydney 2010 which is part of the Sydney International Food Festival.  A food event spanning the whole month of October.  Heaps of activities around Sydney, from lunches to dinners, to pubs and teas, and kids' cooking classes.  This is just one of the many of offer. 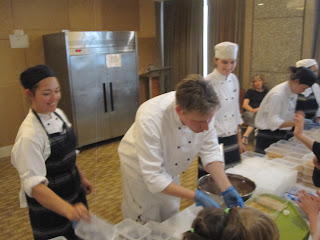 What a bargain!  For just $20 per child, everyone had a big bag full of chocolate concoctions - from cupcakes decorated with tempered chocolates on fancy prints, to decorating truffles, chocolate spraying a Harbour Bridge replica, and an abundance of snacks and tea on offer - including a chocolate fountain! 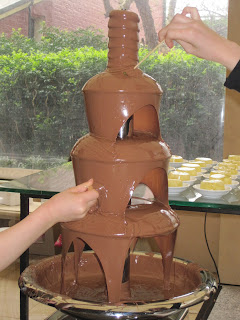 It was naturally a day of chocolate overload! A chocolate spectacular! 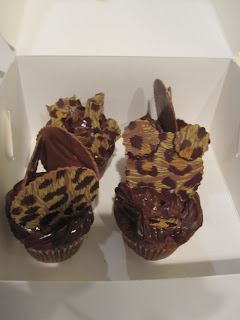