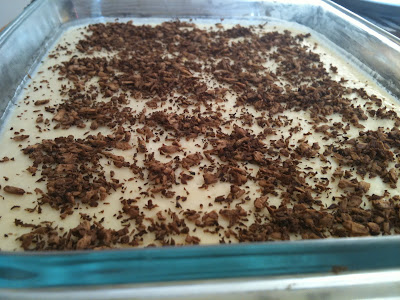 This is another main character in my family’s Christmas lunches and dinners.  Usually held at my grandparent’s place, aunts and uncles will be bringing a plate to share and this is my Tita (aunt in Filipino/Tagalog) Emma’s traditional dessert plate.  I’ve made two versions of this maja blanca for our Christmas in July feast.  One I found online through Panlasang Pinoy which had more of the coconut milk (white version), and my Tita’s version which has more corn (yellow version).  I believe this dish has evolved in the Filipino culinary environment where Maja Mais (corn) was born, out of the Maja Blanca original (where there were no corn in the preparation).  I’m not sure how and why this dish has carried on a name which obviously mimics a Spanish origin, but closely resembles the Chinese dessert dish of Steamed Coconut Pudding.

Anyway.  This is another Filipino dish which was been a result of the many cultural influences that have resided in the Philippines during the early 1900’s.  As to how old this dish is, I can only guess.  But I know for sure that this dish has been in our Christmas and New Year menu for more than 30 years.

Two versions for whatever you fancy.  More coconut or more corn?  Why not make both?! 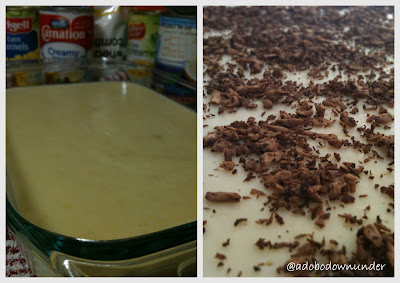 Tita Emma's Maja (Mais) Blanca
2 cups evaporated milk
1 cup coconut milk
1 cup sugar
1 cup cornstarch
1 cup milk (fresh or whole milk)
1 410g can cream of sweet corn
In a medium sized pot boil the evaporated milk, coconut milk and sugar and stir to mix through and dissolve the sugar.  Turn heat down to a low simmer.
Add the cream of sweet corn and stir.
In a large bowl, whisk the cornstarch into the milk until dissolved. Add this into the pot of warm coconut milk mixture and stir until the sauce thickens.   (The mixture will appear lumpy and that's fine.  The consistency is like a thick pudding.)
Pour the coconut and corn mixture into a medium-sized rectangular dish and let it cool.  Chill in the refrigerator for at least 1 hour.
Top with toasted shredded coconut (latik). 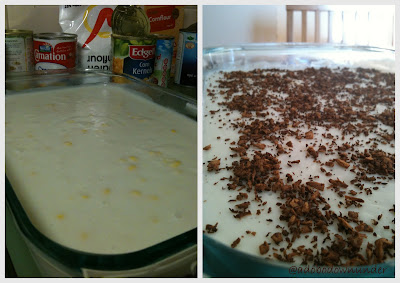 To make Panlasang Pinoy's version,
4 cups coconut milk
1 420g can sweet corn whole kernels
3/4 cup caster sugar
1 395g can condensed milk
1 cup fresh or whole milk
1 cup corn flour
In a large pot, bring the coconut milk to a boil.
Turn down to medium heat, then add the sweet corn kernels, sugar and condensed milk and stir and return to boil.
Add the milk and cornflour and stir until the mixture is thick and a bit lumpy.  (Again, its okay if it gets lumpy as you want a thick pudding consistency and texture.)
Pour into a large rectangular dish and cool. Chill in the refrigerator for at least an hour then top with toasted shredded coconuts before serving.
PS - For the toasted shredded coconut recipe (latik in Filipino), see my recipe for Suman sa Lihiya. The same kind can be used for topping on the Maja Blanca.
Posted by annabanana at 10:36:00 pm