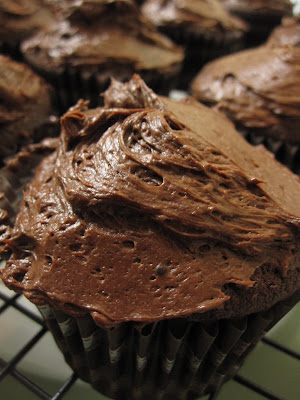 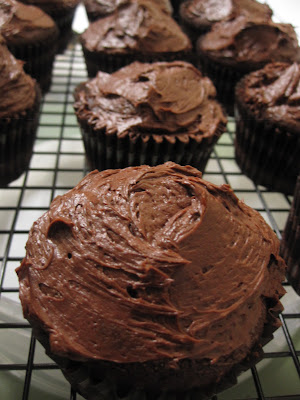 I spotted Donna Hay’s chocolate cupcake kit from Little Betsy Baker online and bought one. Road tested it last week. Concocting with Donna Hay late at night and to road test it, I brought a few to work. It had rave reviews. The cupcake is super moist and fudge-y and the frosting just gorgeous. Definitely not one of the supermarket-bought types, but something extra special. The kit comes with the cupcake and icing mix, plus the signature Donna Hay cupcake liners. 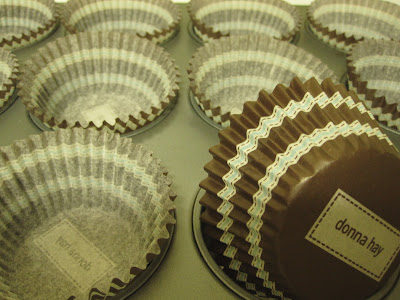 The cake mixture is smooth and thick (unlike some batter which are runny and others too thick and doughy) which was great as I also road tested my new ice cream scooper. The ice cream scooper is the stainless steel variety with the pull-grasp handle and the scraper mechanism in the scoop. This was purchased with the intention of using them as cupcake mixture scooper, as recommended by in the Martha Stewart 175 inspired ideas for everyone's favourite treat. The icing mixture turned out lighter in colour compared to the image on the box, but the taste was just beautiful!

Overall, the cupcakes while home-made, tasted store bought – from those specialty cupcake shops with flair. And why not, is it not a signature Donna Hay recipe?!

A quote from an office colleague …. “… those cupcakes were GOOOOOOOD! It was all I could think of last night!”

Just a short post script though. As with all cooking, baking and kitchen activities tidying up is the most difficult part. Because I baked these late at night, I didn’t have my sous chefs to lick the utensils and bowls clean. I just have to remind everybody that YES, you can’t scrape all that batter from the bowl even with the best spatulas you can afford. Cleaning up is really part of creating in the kitchen. The trick is to learn and live the mantra “clean as you go” – which is something I caught in 1991 from Ray Kroc when I started working as a counter crew at McDonald’s. Something of a story for another time.