Gastronomy - Culture and Food or Science and Art

Molecular gastronomy. Gastronomy. Degustation. Sounds like a mouthful, huh. These are old words but used more frequently these days with the advent of gourmet cooking, fusion of cultures, cuisine art.
Gastronomy, is not all science but is the study of the relationship between cultures and food. Add molecular to that and it becomes more complicated, more scientific as the study goes deeper onto the chemical reaction behind the transformation, combination of ingredients. Who would have thought food can get so exciting!

In a previous episode of Masterchef, two of the latest of which caught a million viewers attention. And this was the Pressure Test of Macaron Tower with Kalamata Olive, Beetroot and Raspberry Macarons courtesy of the Sydney-based pastry chef Adriano Zumbo and the Celebrity Challenge with Chef Adam Melonas of Green Peas and Egg which to me clearly illustrates the science in "molecular gastronomy". 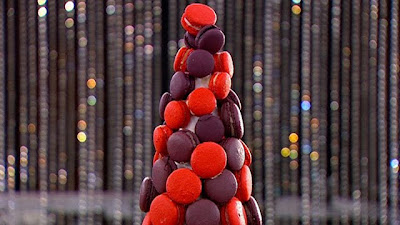 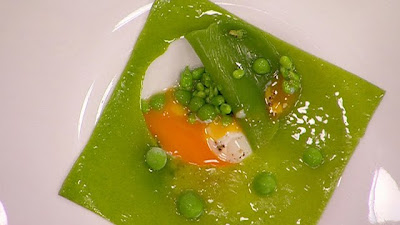 At home, we did our own science experiment in the kitchen when we made honeycombs! There were oohs and aaahs and AAHHs with the combine shrieks of girls! What a sight! What excitement! Such wonder! The intention on making honey combs originally was to replicate a cake which was brought to the Multicultural Food Fest at Our Lady of Parish Church a month ago. It was a sponge cake with buttercream icing decorated with shards of honey comb. An absolute eye catcher!

We used the recipe from Nigella Lawson's website here which she calls the Hokey Pokey. 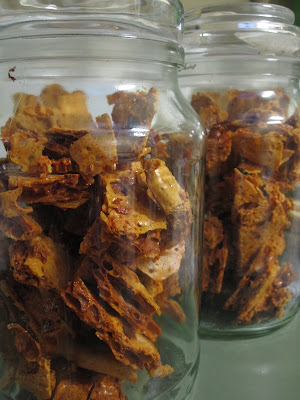 1. Place a sheet of non stick baking paper in a tray.

2. Put the sugar and syrup into a saucepan and stir together to mix. You mustn’t stir once the pan’s on the heat, though.

3. Place the pan on the heat and let the mixture first melt, then turn to goo and then to a bubbling mass the colour of maple syrup – this will take 3 minutes or so.

4. Off the heat, whisk in the bicarbonate of soda and watch the syrup turn into a whooshing cloud of aerated pale gold. Turn this immediately onto a piece of reusable baking parchment or greased foil.

5. Leave until set and then bash at it, so that it splinters into many glinting pieces. 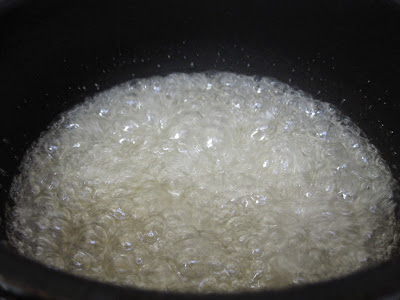 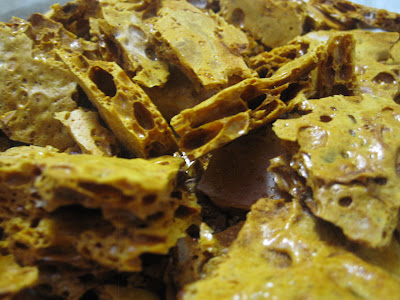 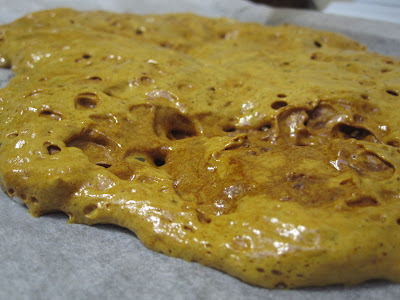 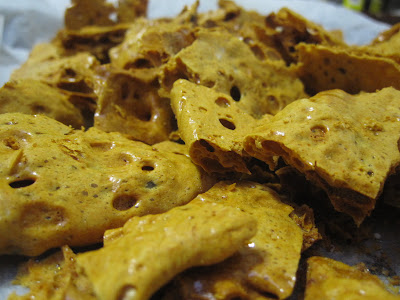