A pink and purple sweet mess

We made some sweet pink and purple mess this weekend! These cupcakes are making their way to Jaricot's Open House on Monday at Marist Sisters College Woolwich. All Australian schools follow the house system where students are grouped into houses named after people who have helped build the school's history. Ate who is in Year 7 this year at MSCW is under Jaricot - which showcases the colours: purple and magenta. For Jaricot's open house, students are requested to bring baked goods to showcase and sell to the school community. Just one part of the school's many fundraising activities.
Baking for school fetes and open days are one of my favourite school term moments. Its when you help me plan for the baking and the baking itself. And a time to actually practice baking for an audience besides your school lunch boxes. Aside from the obvious reason to take photos and post an entry here. 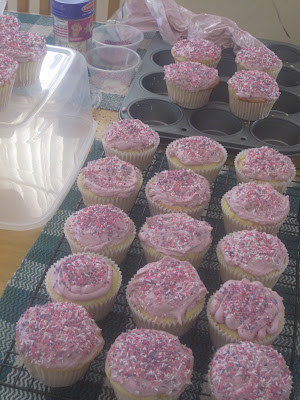 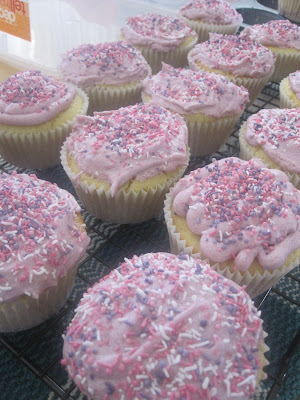 We had an unlucky stroke of luck the first try, when we baked the cupcakes last night using the Easy Basic Yellow Cupcake recipe from cupcake kit by Elinor Klivans which we already did previously here. This time though the batch ended up looking like brown inverted mushroom cups. Look!!! We followed the recipe to the dot, but Mum tried to substitute the sour cream in the recipe with thickened cream which was taken from the cupboard - not chilled and therefore in a thick soupy consistency. Which must be why it turned out like this. 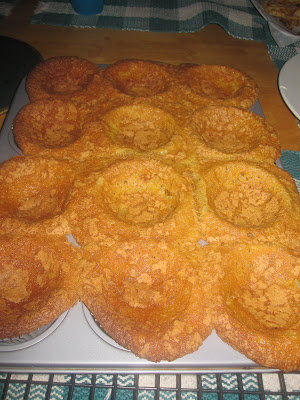 I thought a quick dash to the supermarket before 12midnight might be too much of an effort, so early morning Mum had to scour the wide world of Google for an easy basic vanilla cupcake recipe that can use whatever ingredients we already have in the pantry, and luckily found this from taste.com.au with a butter frosting recipe too! What a great turn out after a disastrous episode. The cupcakes are moist and sweet, and the recipe just as easy to follow. 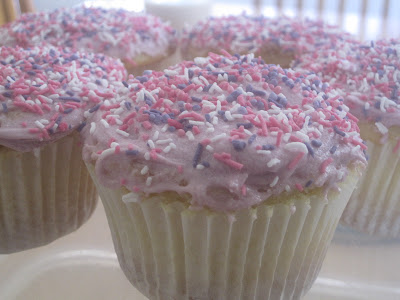 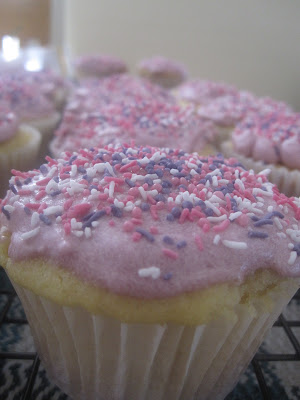 2. Cream the butter, sugar and vanilla (bean paste) extract with an electric mixer.

6. Remove from oven and transfer to a wire rack to cool completely.


1. Use an electric mixer to beat the butter until very pale.

3. Add the milk and beat until well combined.

4. Divide frosting into small bowls and colour. (We decided to colour the icing straight into the bowl during mixing. We mixed pink and blue colouring which made the light purple tint)

5. Use a small palette knife or round bladed knife to spread the icing.